For us, only the best is good enough

Approved by the Danish Medicines Agency

We know that a natural product is a better and healthier product.

For us, only the best is good enough.

From the beginning, we have used 100% green energy in our production.

How does medical cannabis affect your body

When you take cannabis, dopamine is released via the nerve cells in the brain. Dopamine is a signaling substance that is formed in connection with e.g. exercise, sex, and alcohol. It gives us a sense of happiness and well-being.

By consuming cannabis, we can affect the endocannabinoid system (abbreviated ECS, also called our internal system). Our ECS keeps the immune system and central nervous system functions (and reactions) in balance.

Research has shown that the endocannabinoid system affects the following functions in the body: 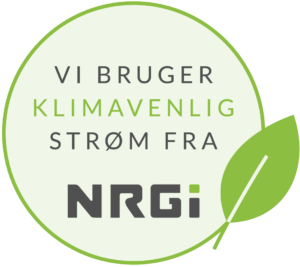 We use cookies on our website to give you the most relevant experience by remembering your preferences and repeat visits. By clicking “ACCEPT ALL”, you consent to the use of ALL the cookies. However, you may visit "Cookie Settings" to provide a controlled consent.
Cookie SettingsReject allAccept all
Opdater samtykke

This website uses cookies to improve your experience while you navigate through the website. Out of these, the cookies that are categorized as necessary are stored on your browser as they are essential for the working of basic functionalities of the website. We also use third-party cookies that help us analyze and understand how you use this website. These cookies will be stored in your browser only with your consent. You also have the option to opt-out of these cookies. But opting out of some of these cookies may affect your browsing experience.
SAVE & ACCEPT